Three Florida cities were recently victimized by ransomware attacks. This type of cyberattack, in which hackers "bait" employees to click on an email that locks their victims’ files until a ransom is paid, has become the most popular trap.

According to this report from Recorded Future, over 170 state and local governments have been affected since 2013.

The first target in this recent spree was Riviera Beach. After being locked out of their systems for over three weeks, the city agreed to pay the hackers $600,000 in the hope of restoring their access.

Lake City was next. When the city noticed that their systems were infected with ransomware, IT staff reacted quickly, shutting down the affected computers within the first 10 minutes of the attack. But it was already too late to control the spread of the malicious software. A week later, a payment of 42 bitcoins – or around $500,000 – was negotiated to unlock their systems. Although the city’s insurance covered most of this ransom, $10,000 came from taxpayers.

Most recently, the city of Key Biscayne had its systems infected by ransomware. For now, the city decided to spend $30,000 on hiring a data recovery firm, although they haven’t yet ruled out paying the hackers to restore their systems.

It has now been discovered that in all three of these cases, the malware made its way onto local government computers when an employee clicked on an email link that allowed it to be uploaded.

The virus then spread throughout the network, effectively shutting down operations for these local governments. Lake City reported that workers were locked out of their email accounts, city residents were unable to pay municipal bills online or apply for building permits, and perhaps the greatest public concern was the lack of email communication.

Most experts recommend not paying ransoms, as there is no guarantee that the hackers will hand over the decryption key after they’ve gotten their money. However, after normal business operations have been crippled with seemingly no way to recover the information, paying the ransom can often seem like the quickest, easiest option. When a similar cyberattack occurred in Baltimore in May, the city opted not to pay the ransom, but still wound up incurring nearly $18 million in damages. 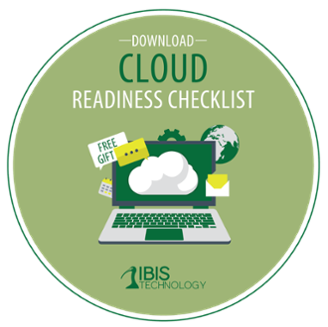 What can you do to protect your business from cyberattacks?

Many of these ransomware viruses target employees through advanced “phishing” tactics, so make sure your employees are aware of the risks of clicking suspicious links or opening emails from unrecognized senders. Read on about  the real cost of ransomware.

What are the benefits of switching from on-premise IT to the cloud?

The best way to achieve true cybersecurity is to engage with a Cloud IT Services company like IBIS. Outsourcing IT security concerns to a firm with expertise and experience is a decision that more business owners are making every day – a decision that is critical to protecting you from intrusion and disaster and, more importantly, will contribute to your businesses’ overall success.